Check Out The Douchiest Bars In DC

You might not want to read this post if you hang out in Midtown or Georgetown. DC’s finest bars for bros, preps and the women that love them did not fare well.  Complex Magazine ranked the Top 25 Douchiest Bars in DC and those two areas were well represented on the list. I tried to provide visual representation of the crowd at the top three. Below is the Top 10, and McFaddens certainly earned the overall No. 1 ranking. 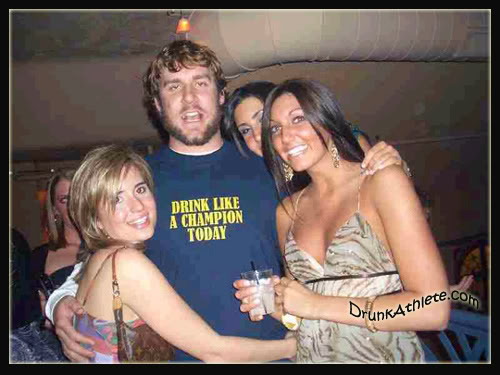 Some of the other bars 11-25 truly suck, but I’ll also admit that I’ve been to almost every spot on the list. I’m not sure Lucky Bar deserves such a high ranking, it is a generally chill spot. It also seems the list makers only visited bars on busy weekend nights. Fridays and Saturday tend to be packed downtown, so the constant complaints of crowds seem a bit disingenuous.

Commenters on the Complex site took much issue with Black Cat’s Red Room bar making the list, and I tend to agree with them. Red Room is a great spot for a few beers before or after a show, and if you can’t deal with a few hipsters maybe you shouldn’t be at a small indie venue to begin with.

I’m very curious what people think of the full list, and feel free to make your own. Also interesting only one bar in the suburbs made the ranks, Tommy Joe’s in Bethesda. There is no Arlington or VA bar that deserved to be mocked?

Full disclosure: My Dad used to own and I used to work at No. 18 Sign of the Whale. It was sold in 2005 and I like to think the level of fratness has grown exponentially since our exit. But I might be biased on that one.